Chimney Creosote: Causes, Dangers, and How to Get Rid of It 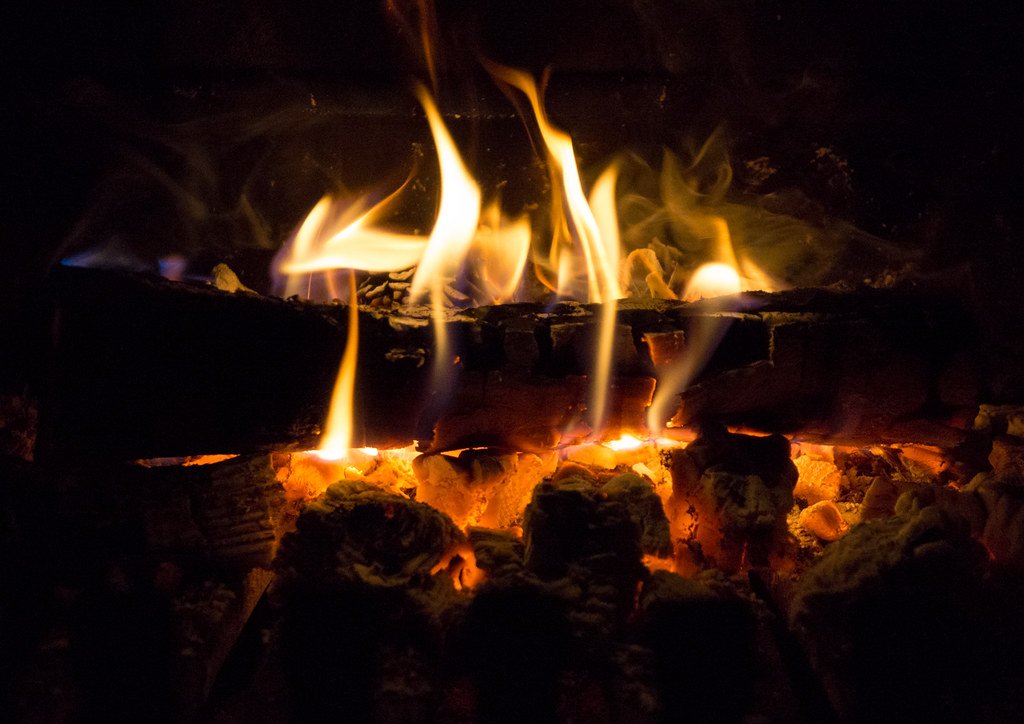 Have you been using your fireplace often? Do you notice that it isn’t working as well as it used to? You may have some buildup of chimney creosote.

Creosote is a black, tar-like substance that forms inside your chimney when smoke doesn’t entirely escape. As it builds up, creosote can cause chimney fires, which can then lead to house fires.

Luckily, a professional chimney sweep can help resolve the issue.

Creosote is a type of soot that can form in your chimney as you use your wood burning fireplace. The wood burns and creates smoke which can contain creosote. If the smoke doesn’t rise fast enough, the creosote can accumulate in your chimney.

Creosote starts off somewhat easy to clean and remove. However, as it builds up, it develops into a more tar-like substance. Consider the three stages of creosote.

Stage 1 creosote is a thin layer of flakes. As you first use your fireplace or wood stoves, the smoke will leave some creosote deposits. At this point, the issue isn’t urgent, but over time it can cause problems.

If you don’t take care of the creosote at this stage, it can develop into the second stage. While you can get rid of stage 1 creosote with at-home products, stage 2 is a little harder.

In this stage, the creosote starts to look more like tar. It may still look like flakes, but you can’t remove it as easily as before. You may be able to remove it yourself with some tools, but you should consider hiring a chimney sweep to get rid of everything.

Your fireplace and chimney are still salvageable, but you should take immediate action. That way, the creosote won’t progress to the third stage.

Third-degree creosote is thick and looks like tar. It is more concentrated, and this type of creosote is more likely to cause chimney fires. The creosote restricts air movement within the chimney, and the thickness means the chimney air column is smaller.

A few things can cause chimney creosote, such as slow-burning wood. When your wood doesn’t burn fast enough, the smoke and air take longer to escape the chimney. Your wood may burn slowly if the chimney isn’t hot enough, so try to heat it to 250 degrees Fahrenheit or hotter.

Wet wood can also cause chimney creosote because it doesn’t heat up as much as dry wood. Unseasoned wood typically has more moisture than seasoned wood, and that can keep the wood from getting as hot.

Another problem is incomplete combustion, which happens when there’s not enough oxygen. The smoke won’t be able to rise, so it can provide the perfect environment for creosote.

That allows toxic gases, like carbon monoxide, to build up. If you use your fireplace, you may put you and your family at risk of inhaling toxins, but that’s not the only issue.

Chimney creosote can also lead to chimney fires. Creosote is very flammable, so if it catches on fire, it can spread to your roof or into other parts of your house.

How Much Creosote Is Too Dangerous?

It doesn’t take much creosote to become dangerous. As soon as the creosote starts to build up, it can be an issue. However, stages 2 and 3 creosote are worse than stage 1.

You can get rid of stage 1 creosote with a brush or a chimney cleaning log. But stages 2 and 3 are too thick or hard for you to remove yourself.

How Do You Get Rid of Creosote?

However, you may not be able to get rid of it all. If any of the creosote reaches stage 2 or 3, you’ll need to hire a chimney sweep. The sweep can perform an inspection to check the status of your chimney.

Then, they can determine the creosote stage, and they can take the right steps to get rid of it.

How Can You Minimize Creosote Buildup?

It can be almost impossible to prevent creosote buildup, but you can minimize it. Use seasoned wood, which has less moisture than fresh wood. The drier wood will burn more quickly, and the smoke will rise faster and easier.

You should also clean your chimney regularly to prevent buildup. Homeowners can hire a professional chimney sweep before using the fireplace each year. That way, you can make sure everything is safe and ready to go.

However, you can use a brush or cleaning logs throughout the burning season to minimize buildup. If you use your fireplace often, you may want to hire a chimney sweep after a few months.

How to Treat Creosote Buildup

If you can’t prevent or minimize chimney creosote buildup, you have a few treatment options. You can try at-home products to get rid of stage 1 creosote. Logs and brushes let you get rid of some creosote quickly, but they aren’t the most effective options.

Do you need someone to clean or inspect your chimney? Schedule an appointment with a chimney sweep today. 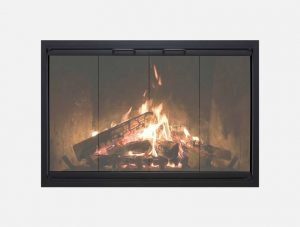