A Guide to Repairing Masonry Chimneys with Spalling Bricks 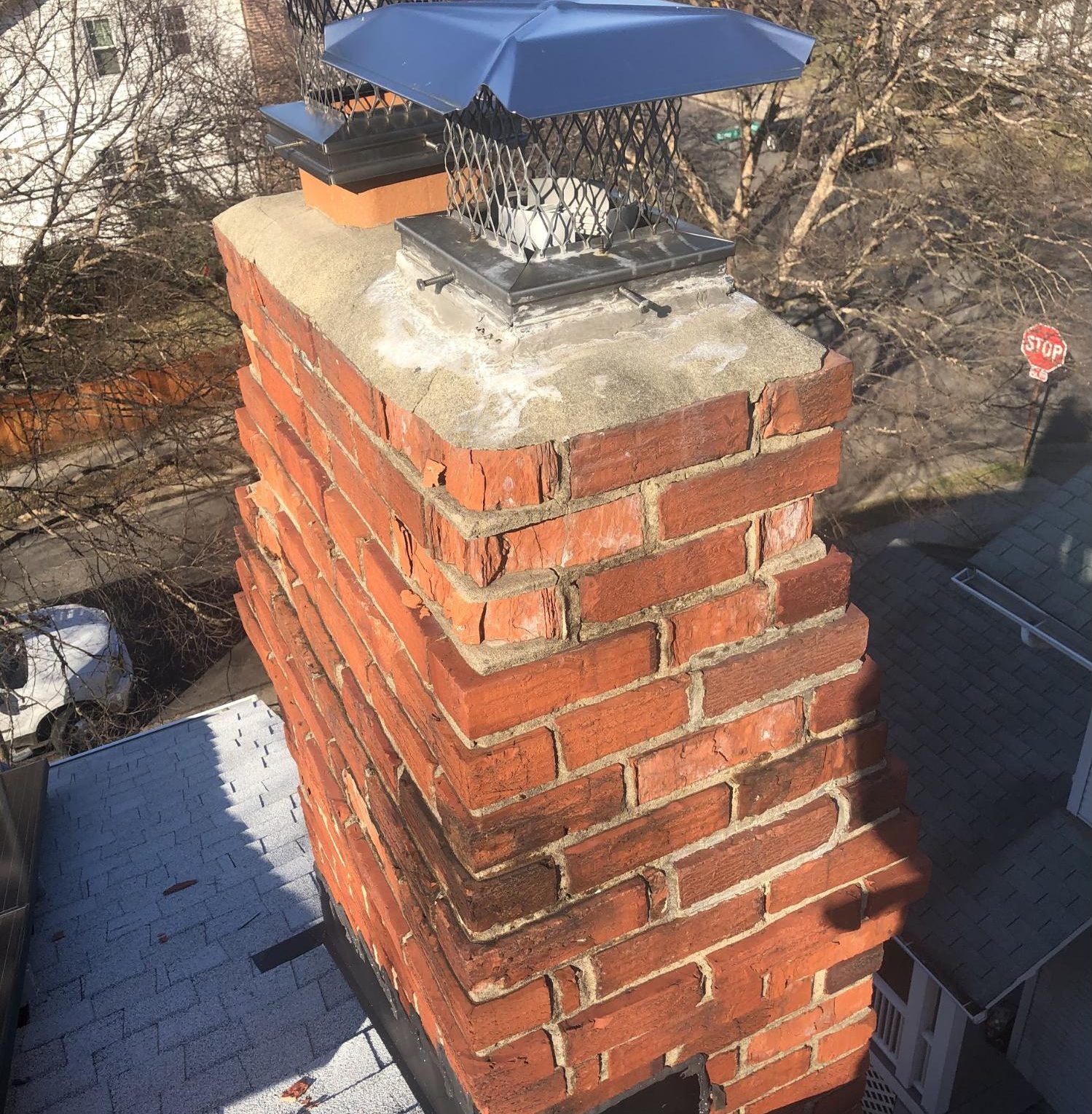 If you’ve noticed your chimney bricks have started to flake and crumble, then I have some bad news for you. Your once-lovely chimney is now suffering from a condition known as spalling brick.

Spalling brick is an issue that plenty of chimney owners in colder climates have to deal with, but this article should give you all the information you need to know about spalling brick and how you can start tackling the problem before it gets out of hand.

What is Spalling Brick?

Spalling brick occurs when moisture seeps into a brick and then goes through the freeze/thaw cycle. Over time this water damage causes the spalling bricks to crumble, flake, and even pop completely out of the chimney.

The core reason that a masonry chimney can start suffering from brick spalling is brick and mortar quality. Poorly compressed mortar won’t allow bricks to expand safely during the freeze/thaw process, and bricks that are too porous will easily allow rainwater and moisture from fog or ice to seep in.

The brick and mortar quality are the gateways to brick spalling, but there are several other factors that need to be watched that will hasten brick spalling. With some of these factors, it’s almost guaranteed that you’ll have to deal with this issue sooner or later.

Some factors that will either cause brick spalling or speed it along are:

Weather plays a large part in brick spalling. If you live in a region that gets plenty of rain, fog, or freezing temperatures, then you’ll want to consistently check your bricks.

Pressure washing or sandblasting can make your chimney look squeaky clean, but the microdamage can lead to spalling in the future.

Poor construction or salvaged bricks will start spalling a lot faster than high-quality bricks and craftsmanship.

The Dangers of Spalling Chimney Bricks

Spalling bricks may only seem like a cosmetic problem, but it’s an issue that can actually affect people’s safety in your home.

Some of the damages or risks damaged bricks can cause are:

Water and mold go hand-in-hand, and spalling bricks can easily cause mold to spread to the surrounding area. This is a huge health risk and also looks terrible.

Not only is spalling, a health and safety hazard, if left alone too long, your pockets are in danger too. It’s way cheaper to tackle the problem early than wait until your chimney is barely standing anymore.

Brickwork is designed so that each brick supports the ones nearby. If a couple of bricks begin to fail, the whole chimney can get weak and even cave in. Spalling bricks can damage the surrounding structure of your home. The framework, drywall, and boards are all at risk if your chimney starts to go.

How to Repair Spalling Brick Chimneys

It’s not a question of whether you can do it, but whether or not you should.

Working on chimneys is not easy or fun, not to mention the expensive equipment and risk of injury in a DIY project like this are rarely worth it. A professional can also spot problems that homeowners may overlook which could come back to bite you later.

However, if you’re truly serious about tackling this kind of fix on your own, then here’s all of the info you may need to get the job done.

At the bare minimum, you should have the following tools to replace damaged bricks:

Investigate the Cause of the Damage

The first order of business is to thoroughly examine your whole chimney to find where and what the issues are. Check the mortar joints, chimney cap, chimney crown, and any visible bricks to find the problem.

Leaks are a common problem that can be quickly solved with a waterproofing sealant like caulk.

If the amount of bricks you need to fix exceeds 3 or 4 per wall, however, then it may be time to call in professionals, or you risk injuring yourself or damaging your home. Having numerous leaks or damaged bricks may indicate more structural damage than meets the eye.

Be Sure to Choose the Right Bricks to Replace

Matching bricks and style are going to be important if you want your chimney to look halfway decent once you’re done with repairs. Do your best to fix the mortar in a similar way and try to find bricks that look like your current ones.

Cut Out the Spalled Bricks

This is where the club hammer and cold chisel come into play. Scrape the mortar around the brick out first before crumbling the brick so that you can pull all of it out. Use the drill and drill bit if you’re struggling to get the mortar out.

A home improvement store can give you a solid mortar to work with, but using a cement-based mortar or a mix of sand and lime will get the job done.

Get the area nice and damp before applying a layer of new mortar to the sides and base of the hole with your trowel. Slowly slide the replacement brick into the hole until it lines up with your older bricks. Use the trowel to make your mortar work uniform with the rest of the chimney.

How to Prevent Spalling from Happening

Constant maintenance and upkeep is your best friend. You’ll have much less repair to do if you just give your chimney a once over every so often to catch spalling problems before they get too bad.

A professional chimney sweep can check for damaged bricks along with many other common chimney issues while performing an annual chimney cleaning or inspection.

Weather is a major factor that can cause brick spalling, but pressure washing and poor construction can also make it worse. Brick spalling isn’t a joke and can end up causing severe health issues or damage if left unchecked.

Fixing your chimney on your own is doable but can be dangerous and expensive to do. Priddy Chimney Sweeps can handle tuckpointing, chimney repair, and rebuilds, as well as chimney inspections. Our professional chimney sweeps will get the job done right and keep you and your family safe. 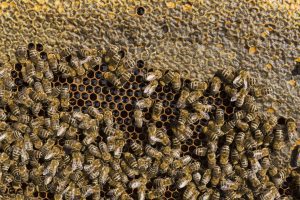 Chimneys
Bee Problems? How to Get Rid of Bees in Your Chimney
Read More